About Institute of Physics 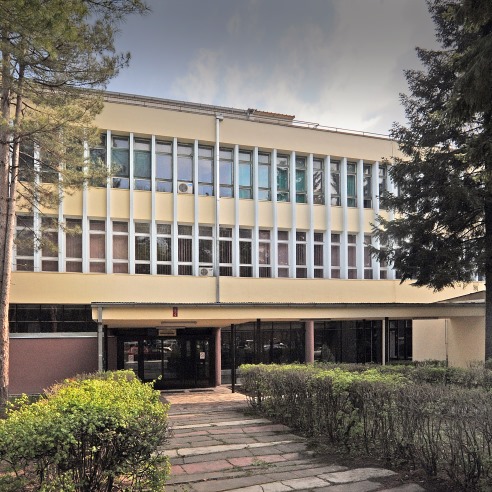 The Institute of Physics was founded in 1976, at the same time as the department of the Belgrade Faculty of Sciences grew into an independent Faculty of Sciences and in Kragujevac. The institute is located in the building of the former Higher Pedagogical School. Within the Institute, modern academic three-level studies have been organized according to the criteria and in accordance with the latest law on higher education and the Bologna Declaration.

Laboratories for computer science and electronics, electromagnetism and optics, atomic and subatomic physics, mechanics and molecular physics, and laboratory for methods of teaching physics have been formed and equipped for the experimental physics experiments at the Institute. The Astronomical Observatory was built and equipped on the roof of the Institute of Physics. A special laboratory has been formed and equipped for scientific research work in radiation physics. The Astronomical Society "BELEROFONT" lives and works in the Institute of Physics. Within the Informatics Laboratory, a system for remote access to experiments via the Internet called "Web Lab" is being developed.

In order to organize scientific research, groups of researchers have been formed for: radiation and nuclear physics, theoretical physics, plasma physics, informatics and computing, atomic and molecular physics and single crystal education. Almost all teachers and associates of the Institute are engaged in the implementation of scientific research projects funded by the Ministry of Science and Technology of the Republic of Serbia. More than half of the teachers and associates maintain scientific cooperation with partners in China, France, Russia, Spain and Greece.